Each elf has his won colour.

After the soviet elf (red), and the ficus Christmas tree elf (yes, he is green), a Nac Mac Feegle that is, obviously, blue. 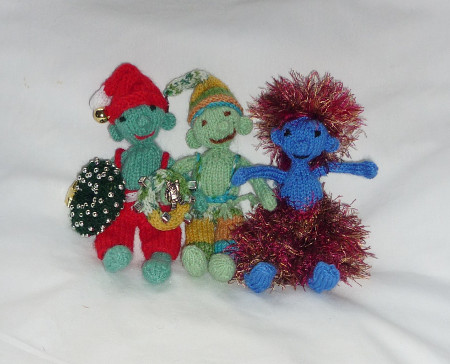 All made on the same free pattern by Phoeny.

He is a perfect rider that loves to ride the hippogriff that was my first knit of the year 2013: 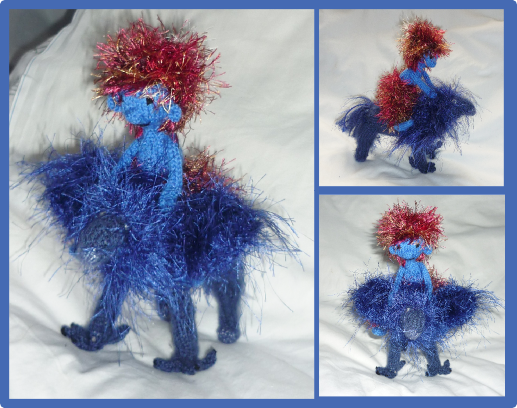 But after having won against the 2012 dragon: 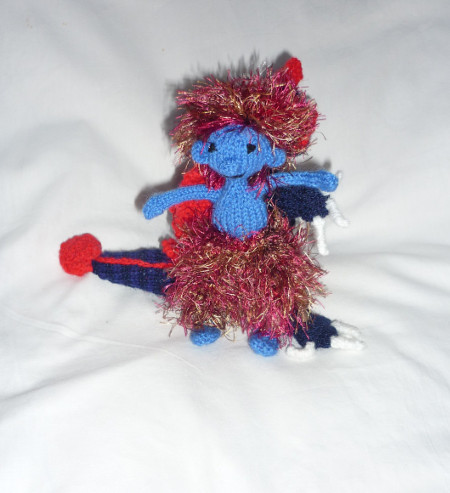 Also in this section

What To Do With a Pareo #2
Robot Instructables
The Hammock of Santa Claus
A Mandrake for a Bookseller
A Christmas SPIP
The problem, the solution
Postal Card of the Eiffel Tower
Pencil Case Pouchkine
No swatch slippers!
A Not Really Scary Ghost!
The Death
Fishes
Not that blingbling
Excavator!
Pretty Little Mouse
A Black Head !
Knitted squares
Began in July 2012...
The Ghosts of the Père-Lachaise
Two sizes, one pattern
Reg Shoe
Halloween things of the year
The news of the day